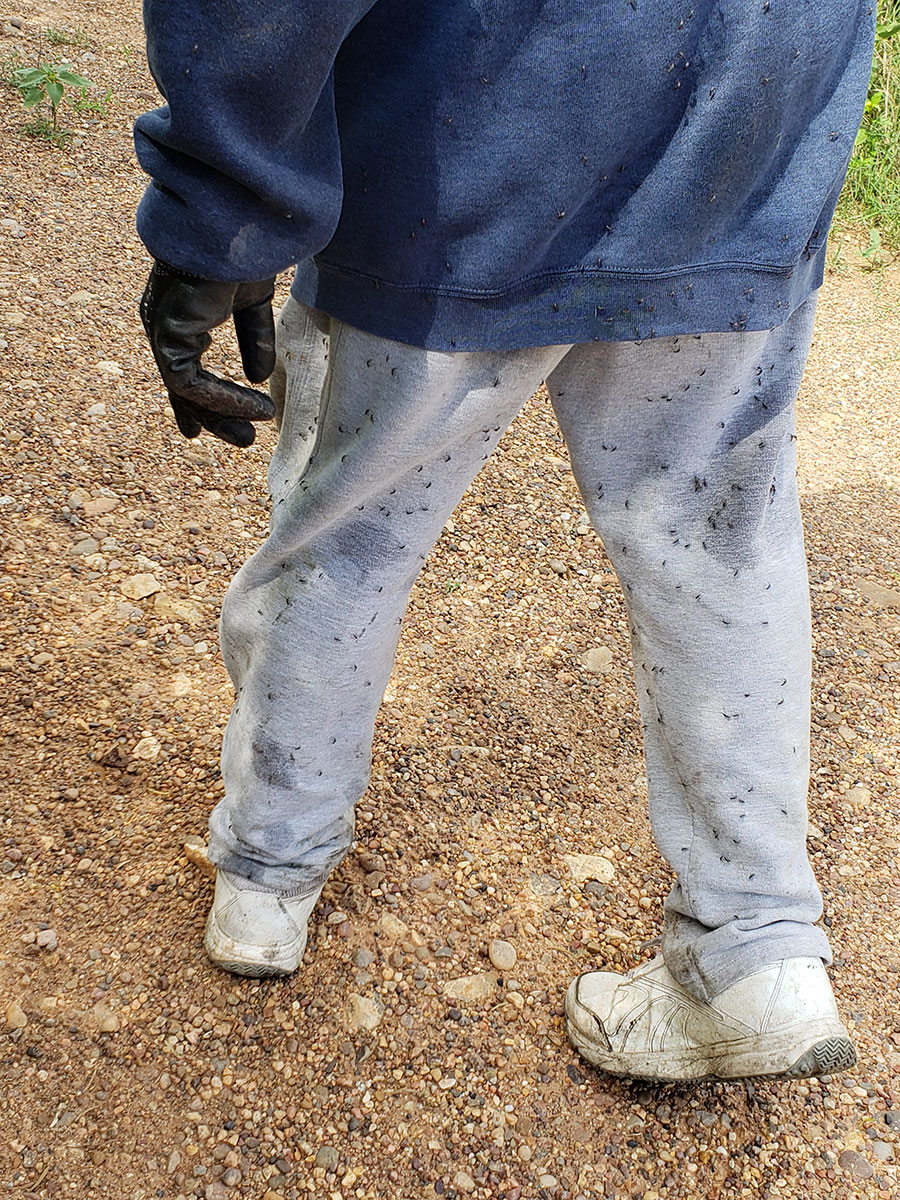 One annoying aspect of climate in this part of Texas is our drought/flood cycle. While we average 34 inches of rain a year, much of that falls in a few large rains. Last year Hurricane Harvey dumped 14 inches of rain on us. Then we entered drought, which was temporarily broken in mid-June when we got six inches of rain over three days. Water stood everywhere. Looking at the deep puddles with Susie, my wife, I said to her, “The mosquito plague will hit in five days.”

As it turned out, I was spot on. Five days later we were swarmed by large mosquitoes. Carl, our son, had to wear a bee veil just to walk the quarter mile to our house. The photo shows me dressed for the plague with heavy sweats, gloves, and repellent on all exposed skin. By the way, sweats when the temperatures are in the mid 90sF are very uncomfortable. I told Carl and Susie, “They’ll be gone in five days.”

How could I know that? Simple, I’ve been through our drought/flood cycle many times. After a drought, a heavy rain means mosquito swarms in five days and the swarms last five days. The mosquitoes in question are in the genus Aedes. That genus has 23 Texas species, but I’m fairly certain ours are Aedes aegypti, since this species is the only member of the genus Texas A&M University range maps show in Goliad County. They are big mosquitoes and are not at all subtle about biting. They are very attracted to movement and carbon dioxide. An idling car is a magnet for them. They are daylight feeders and don’t bite after dark, but during the day they can make you miserable.

Aedes mosquitoes hatch from eggs that lie dormant in the soil of low areas that flood during heavy rains. The eggs hatch, the larvae feed on plentiful micro-organisms growing on the decaying vegetation, they pupate, and emerge as adults in five days. That’s how I could predict when the swarms would arrive. The female mosquitoes need a blood meal to produce eggs. They feed voraciously and lay their eggs in areas that will flood the next rain. They only live about five days, hence that prediction.